Michelle has been involved with DAG as support staff since 2013 and in 2015 became the secretary. She has supported a number of Digs in the UK including Caerwent and Marne and has assisted and lead the annual 6 week  Project ARTEMIS in Cyprus since 2013.  Michelle is a Primary Healthcare Nurse by background, she has no archaeology qualifications,  but has been affectionately labelled by the Cypriots as an experienced excavator.  For her role in DAG she has attended Mental Health First Aid Training and Level 3 Award in Health, Welfare and Recovery.

James has been involved with Defence Archaeology Group since its inception and has acted as Archaeological Advisor and Archaeological Lead on numerous Op NIGHTINGALE projects. James specialises in Post-medieval Archaeology and the Archaeology of Conflict and Battlefields and currently works for University of Leicester Archaeological Services (ULAS). As well as working in the professional sector, he also does a large amount of work with other Veteran and Serving Military Personnel (VSMP) Archaeology groups in the UK and abroad. 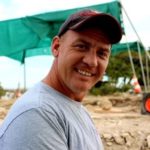 Griff is the Overseas Project Co-ord for DAG. He has been involved with Op NIGHTINGALE programmes since 2016 and has worked seamlessly alongside project teams to support and to deliver logistical expertise.

As Media Officer, Griff is responsible for maintenance of the www.DAG.org.uk website, is the key facilitator for ‘on the job news’ through the DAG & NIGHTINGALE FB pages https://www.facebook.com/dag.org.uk/ and is the conduit for project media events that may involve personnel or the site. He also facilitates the non-profit supply and demand of official DAG merchandise.

Griff has no archaeology qualifications but is known affably as a ‘cracking excavator’ from our Cypriots colleagues. Still serving within the British Army, Griff is a qualified MH First Aider and has completed the Defence Recovery Capability Educational Training (Level 3). 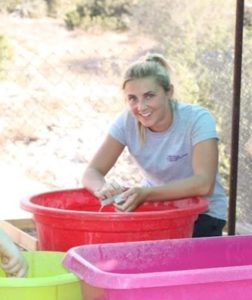 Kelly has been involved with DAG as support staff since 2018. She has supported a number of digs, including Project ARTEMIS in Cyprus and a dig at Oakham Castle. Kelly was an Army Reserve Combat Medical Technician for five years before transferring to the Regulars, where she is snow serving as an Environmental Health Practitioner and in the final year of her BSc. Kelly has no formal archaeology qualifications but is affectionately known as the ‘Mother Hen’ due to her outstanding abilities to guide the supported personnel with whom she builds a great rapport. Kelly is also recognised for her intricate excavating of delicate items and mosaics.